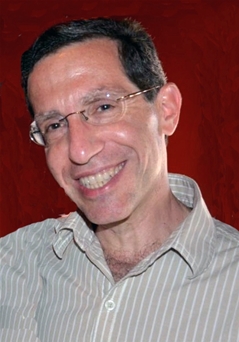 Saul came here and shared some pretty well-written stories. I liked him and the stories that he brought with him. In his story of “Alfred,” he used the woman as a commander, one who controlled the situation. He used humor to bring up feminist views within a male dominated society, the dog being nothing more than a tool to be used, a plaything, an object to be merely ordered about. I love the way he transformed the dog into actually an extension of the man in the story. I’m still trying to figure out what “Bedsies!” means. I was even more astonished that they all slept in the same bed.

In his second story, Saul talks about a man in an apartment building with some pretty sensitive hearing. He is an insomniac and needs utter and complete silence in order to get to sleep. This brought up some memories of my own. When we (prisoners) are unruly they send us to lock-up. Lock-up is normally extremely loud 24-7. There’s never a dull moment. People are yelling and screaming, kicking the door, banging on the radiators, and flooding the tier. Trying to sleep through all the noise is really hard. In the beginning, it’s not actually sleeping, but more like passing out from exhaustion after a week and a half of working out from boredom and not sleeping.

After a while, the noise going on around you becomes normal and you pretty much drown all of it out. You start to recognize sounds that you may never have heard before, like the Correctional Officers’ Radio. When it’s quiet you know something is wrong. Prolonged periods of this torment desensitize you to noise when you’re trying to sleep. All you can do is try to figure out what the new noises are so you can block them out. I think the character in the story “The Sounds” could learn a lot about that.

I believe overall that Saul will be a great published author. The people who are remembered most of those who dare to step outside the realm of normalcy to be different. Saul should continue to step outside the box and venture further out. I know there’s even more ingenuity than meets the eye because he’s hitting home runs the first time at bat. I would truly like for him to come back and give us another glimpse into his mind. Thank you once again.