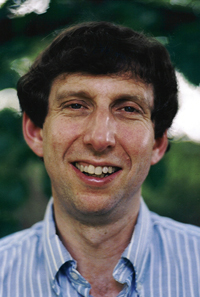 Drew Leder is Professor of Philosophy at the Loyola University of Maryland.

He has been teaching in Maryland prisons since 1992, and began the program that is now the JCI Scholars Program in 2009.

Dr. Leder, who also has an M.D., has done a lot of writing on the body and illness. This is a major focus, along with prison work, of a new book entitled Distressed Bodies, to be released by University of Chicago Press in 2016. In recent years, he has also more written a number of books on the intersection between philosophy and spirituality. His website provides an overview of this scholarly career.

A recent article, “The Enlightened Prison,” co-authored with several JCI Student Scholars, has appeared in Studies in Law, Politics, and Society. He has also co-authored an article with JCI Scholar alumni, Vincent Greco, on “Prisoners and Animals,” that appeared in a recent book, “Philosophy Imprisoned.”